They're not Late: they're NOT Coming! 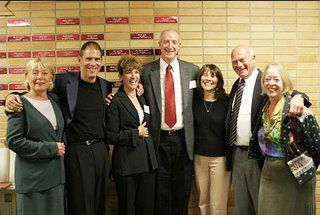 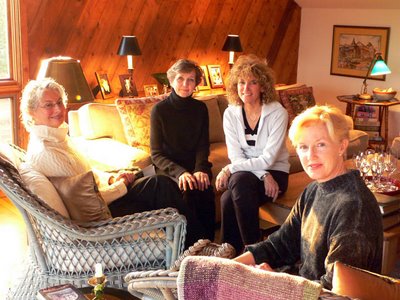 Over the last few weeks we have spent quality days with long time friends. Notice I didn’t say old. As I mentioned a few days ago (doesn’t it seems like an eternity?) I attended a 40th high school reunion. The week before that we were at the beach with very good friends who we don’t see as often as we’d like. It’s amazing what a few days filled with non-stop laughter and idle chatter, can do for a borderline post traumatic stress couple. David and I have been traveling non-stop and non together—I mean non, not, not. It sounds so much more temporary. Anyway it makes you stop and think about the value of good friends. It’s kind of: suitcases, $50, Car trip, including fuel $1,000,000, good friend, priceless. Or good times priceless and good friends, invaluable.

I guess part of it can be attributed to the fact that when we moved away from our biological families we created new families with people upon who we felt we could depend. And part of it is that I so treasure aged friendships, that I have spent a lifetime maintaining relationships with elementary school, high school, college and early Presidential campaign friends. I work at it. I track them down, no matter where or how far they have roamed and I insist they be in touch—some would say I’m on them like a cheap suit—others would call me a stalker. And David is worse, just look at his blob from yesterday. He calls people he hasn’t seen in decades. He even calls people I haven’t seen in decades. Can you believe he found my boyfriend from third grade who now lives in Denmark? He called him to say hello. How weird are we. It doesn’t matter. All that matters is that when we see our long time friends the years seem to disappear with all the all the baggage and we are magically jettisoned back to the place where we first met.

David and I have even talked about selecting a group friends, with whom we are simpatico, and looking for a place to spend our retirement… (We all know David will never retire) But since no one has agreed to join us in the search (we’re not taking it personally) we’re not in any rush. However, we know it would be someplace where we would all have our own space as well as common space. Somewhere we can hire a cook, have a luxury bus, pay a housekeeper and have 24 hour medical care. We don’t know where it will be so we are open for suggestions. And yes, we know we will need to have a test run with some extended vacations.

Over the last few years we have come to understand, only too well, how precious friends can be. Mostly because we have lost a number of them. OK we didn’t lose them, they died. I hate died. It sounds so final. So mostly I pretend that they aren’t dead, they are vacationing in Florida. Isn’t it interesting that there are any number of ways to say someone has died without actually saying it. They passed on, they went to heaven, they bit the dust, it was happy trails time, or we lost them… the list goes on. We have also found ways to describe someone who has died. My own personal favorite is when someone says, “the late Joe Schmoe” or “the late Yetta Juarez”. Yetta Juarez? Where did that come from? . I must be an equal opportunity blobber. But in fact, we know they are not late, they are NOT coming! Yet we continue to try to make it nicer. When we were kids our parents didn’t talk about death. Aunt Molly was gone for 15 years before someone actually confessed that she wasn’t coming back.

Loss of a child is never anything less than devastating. No matter how strong your faith may be, I will never believe that there’s any way to find comfort. When a parent or older person dies it is always very sad. Even if it is expected it is still difficult. Dealing with those losses can be life shattering. Worse than moving or a divorce—well at least worse than a divorce. You never get over it. Over time it becomes more distant but it never goes away. But when a friend, a contemporary, dies it is much different because they are you. It’s like looking in the mirror and in the reflection you see your own mortality. You see the future and it is you. I’m not saying it’s worse than the death of a parent or child but it is different. And when you lose more than one a year there is very little time to recover. Jeff, Penn, Mark, Michael, John and Eli were such a big part of our everyday. Dinners, holidays, vacations, celebrations, discussions, sorrows, joys… our everyday. We miss them everyday. And we think they would miss us in the same way. So what choice do we have but to pretend that they are somewhere else – maybe being late is exactly what we should think they are… We’re just sayin
Posted by Iris&David at 6:04 PM

Nice! Where you get this guestbook? I want the same script.. Awesome content. thankyou.
»

David - I am a friend of Eleanor Onyon's from our time together in Nepal. I will be moving soon from Dublin Ireland to Seattle Washington and I would like to contact Eleanor by email. Do you have her address?