This morning, when I awakened, I tried to call my mother.  Not that I expected her to answer, but for some reason I was curious about who would answer. The number I called was her old number in Boonton, N.J.  The number was 201-334-9338.  That was not the number originally  in her house. That number was 201-334-3328, but she had it changed when there was a break-in, and her two pieces of silver were stolen.  It was unclear why she thought changing her telephone number would prevent future robberies, but it was always ridiculous to try to tell my mother about anything once her decision was made, Needless to say, the numbers were so close that it was hard to remember one from the other.

Anyway, no surprise,  no one answered.  The funny thing is, I wouldn’t have been surprised if she had answered.  She knows there are things I would like to share with her, advice I would never have taken, and arguments that were never finished.  There are losses we just can’t get over.  They stay with us forever and every once in a while we think there might be a miracle—and when it doesn’t happen we move forward with just a touch of disappointment.

What was it I wanted to tell or ask her?  It doesn’t matter.  It happens all the time and once I make the call, it passes.

Today we worked on our holiday cards.  We usually try to have them out before next year – yes every year has a next year—so we figure if we buy the cards at Costco (usually before Thanksgiving),  take the picture of Jordan, (which we have been doing for 25 years), paste the picture in the card, put addresses and greetings in the cards, and mail them before New Years, something magical might happen.  That was just a make up story. We like to send greetings to friends, old and new. We don’t want to e-mail a “hello and have a great new year.”  It doesn’t matter how brief the message. The fact that we took the time to choose a lovely card with a secular sentiment, a picture of Jordan, and wrote a brief hello, makes it different from our everyday conversation. 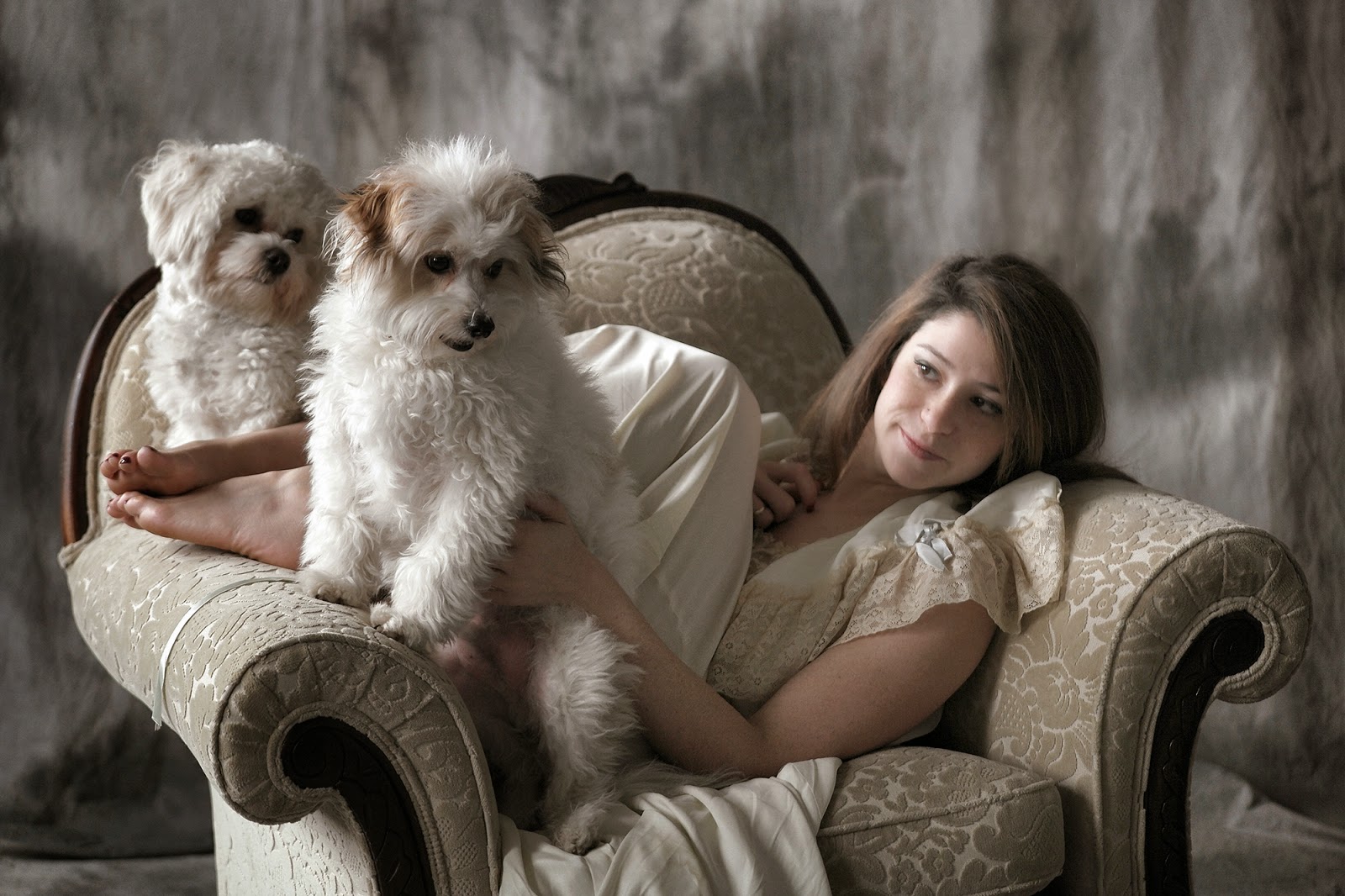 Jordan Kai, in her 25th year of Xmas Cards, with Tyrone and Ernie
When we go through the names, we share memories and stories, and we spend time thinking about the past and the future.  It’s only one day a year that we take the time to sit and reflect, at the same table, for more than a few hours, doing the jobs we do every year. David addresses the envelopes because he says no one can read my writing. Then we write the messages to his, mine and our friends.  I put the cards in the envelopes and seal them.  I also buy and apply the stamps.  Then we argue about whether or not the cards will get to the right place if there’s no zip code. We speculate about the cost of stamps for overseas, put everything in a box and I mail them.

It’s kind of like calling your mother although you know she won’t answer. We do it because we hope it will help us stay in touch. We do because we enjoy reaching out and reminding our pals that even though we don’t see them we are thinking about them all the time.

We have lost so many friends and family over the last few years that anything we can do to remind us about how precious people in our lives can be, is worth doing.  Tomorrow I’m going to call my Dad.  He won’t answer either but it’s the call that matters, not the answer.  Oh and when they don’t answer, you have the right to decide what they would have said, and it always turns out to be exactly what you would have said.  We’re just sayin’…. Iris
Posted by Iris&David at 11:04 PM