Tomorrow is my dad's birthday. He died twenty years ago this month, and like most of you thinkin' about your dads, there isnt a day that goes by that something he said, did, or swung at with a 5 iron doesn't come to mind. He was born in 1906, a full 3 years before the US Government even owned its first aeroplane, and grew up wide eyed and open to change, in the age of planes, cars, trains and modernity, and loved every bit of it. He could look at -- lets face it -- an UGLY -- new building construction and utter "isn't that a gorgeous building..." not so much because of what it looked like on the outside, but that it represented a place where good people would be able to go to work every day. He remembered the tough days of the Depression, and though the family lost what had become the first chain of jewelry stores on the West Coast, they were never destitute. 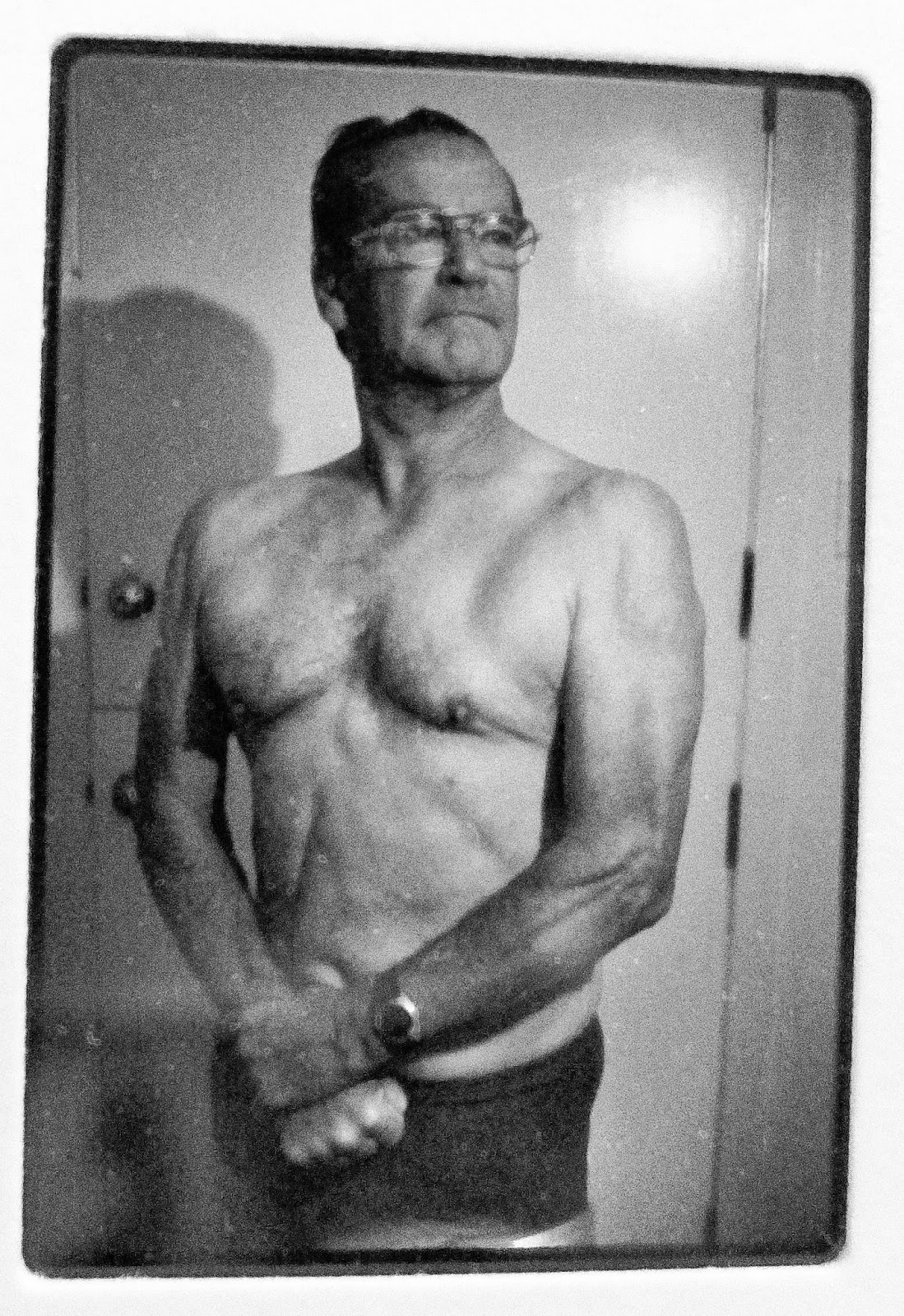 Yet he had a feeling about how people should be able to work, to provide, and live a life of dignity. And two-putts. In the 30+ years he drove his massively finned DeSotos across the west, representing watch companies (Gruen, Omega, Eternamatic, Croton) he always had his golf clubs in the trunk, and would grab a quick nine holes at the end of a sales day. "In all those years, I never met a jerk on the golf course," he was proud to share with me one day. It was as if being the last guy to drop in with a foursome was a way to charge his batteries both physical and metaphysical. His gregariousness spanned generations, and he had a good handful of golfing buddies my age as well as his own. He had a pair of really weird weights, and used them - those handle & weight, unbalanced 1950s things which lived in the bottom of his suit closet. And he used them. He stayed in great shape his whole life - don't I wish I'd look like that at 75? And no, I can't wear a double breasted-suit that well either.

Going back a couple of generations in a small town in Russia, a pair of siblings married a pair of siblings, and the better part of a century later my folks - technically cousins of some kind, met as adults, and decided to get hitched. Dad had been seeing a girl somewhere -- NOT in Salt Lake City, and till he met mom,it was getting kind of serious. But he let her down as... well.. as softly as he could. "You're a great gal, but I'm gonna marry my cousin," goes the family lore. Mom and dad hung in there for 54 years. When he passed away, Jordan, then 8, said "I'm sure gonna miss him." And boy, was she right.
Posted by Iris&David at 12:14 AM