Where the Hell is Major Kong? 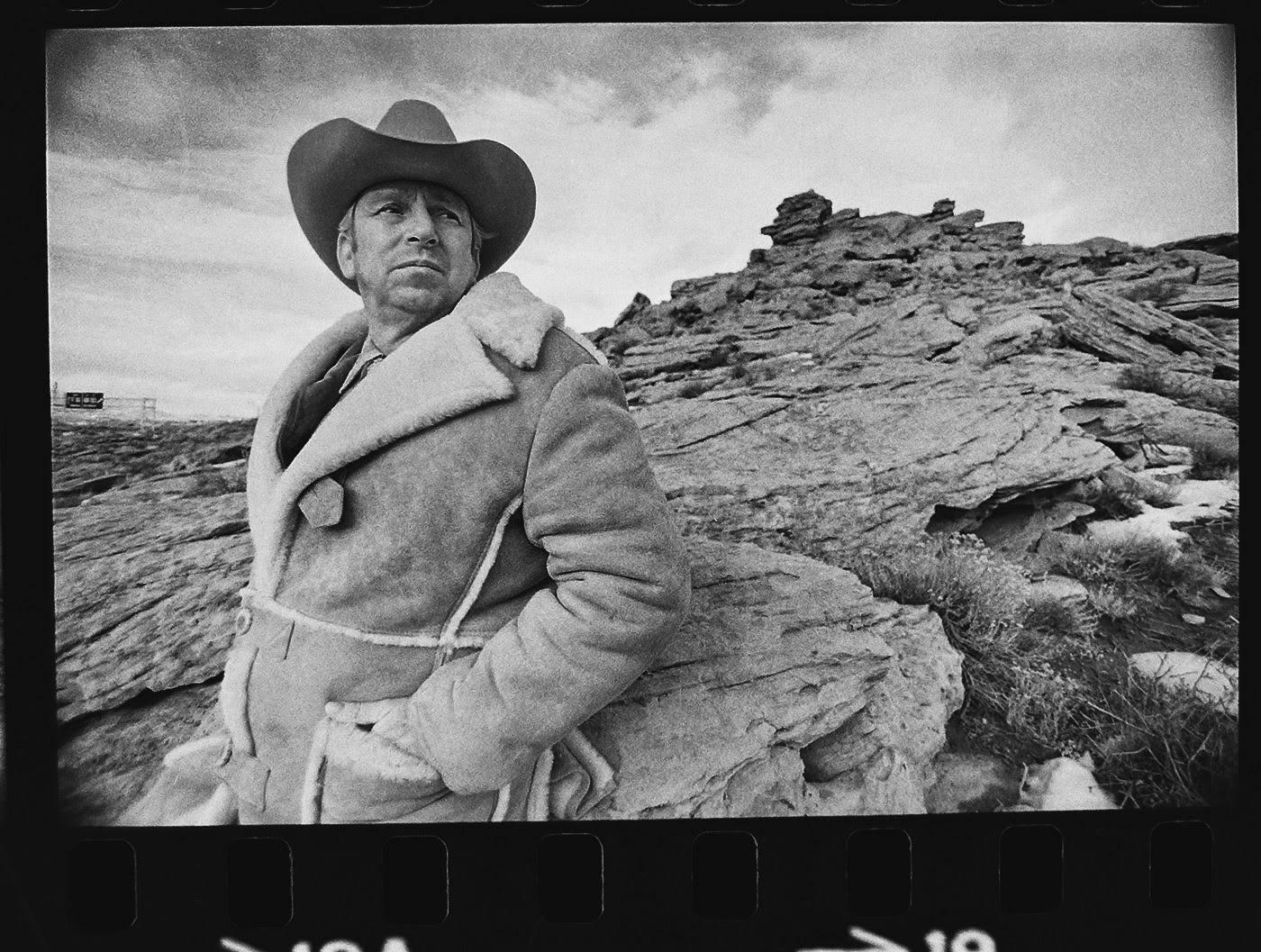 Like most high school "Class of '64" members I was marked by "Dr Strangelove," to the point where I can (sadly) recite scenes almost word for word as well as sing along with “We’ll Meet Again.”  It was a  film of great characters and great action, none much greater than Major Kong, the cowboy-esque gnarly B-52 pilot, whose descripton of their mission (Wing Attack, Plan R) was one to behold. In 1975 I was in Rock Springs doing a story on the new Energy boom in Wyoming, and the morning I was to leave back to SLC I heard a live report on the local radio, that Rotary Club speaker Slim Pickens had just arrived at the R.S. airport. (Slow news day?) I called the station, and asked where he was staying. "The Holiday Inn" was the response I believe.

I called the motel, "May I speak with Mister Pickens, please?" There followed the single greatest "HELLLLLLLOoooooooo" I have ever heard on a telephone. After giving him the spiel ("Im with Gamma, a French photo agency, and would love 15 minutes of your time....") he said to come over, and greeted me in a fullscale sheepskin jacket. "Mr Pickens..." I started to say... and he cut me off "Call me Slim..."  We went out to the edge of town (about a 4 minute drive,) and he gave me the "Where the Hell is Major Kong????" - Look.... He could not have been any nicer or more sincere, told me great stories about working with Stanley Kubrick.  He did say that after Kubrick hired him for Dr S. (and he was grateful) he went from getting 5 Grand a movie as a cowboy extra,  to getting 50 Grand as a certified character actor.   Slim told me this story: originally the line Terry Sothern wrote while going thru the crew survival kit including gold, rubles, and “one issue of prophylactics” — was "a pretty good weekend in Big-D" ... but shortly after they’d filmed it,  Kennedy was killed in Dallas, and they had to change it (you remember the Dallas phobia which ensued...) "I got a call from Stanley, and we went back to the studio.... and ended up improvising "Vegas"... " If you look at his lips during that moment on camera, you can see that they dubbed it.   This was just a few months after Blazing Saddles came out, wherein he was able to utter the immortal line ... "Somebody better go back for a shitload of Dimes…"   Our session winding up, I left him back at the hotel thinking that I love this job I have.
We're just sayin'... David
Posted by Iris&David at 10:46 PM

Awesome. What a cool guy. Love those behind-the-scenes stories.