It seems the political campaigns have moved past 2012 all the way to 2016.  For whatever reasons, the media is not talking about the two candidates who are trying to get elected in November 2012.  Maybe people are so disheartened about their present choices that they find a discussion about the possibilities in 2016 are much more interesting.  Hillary will only be 69.  Marty O’Malley and Andrew Cuomo, are attractive and likeable, Paul Ryan will be a bit more seasoned, Marco Rubio va va va voom, and the Governor of New Jersey is worth considering,  if he goes on a diet – otherwise he will need at least two seats on every Presidential vehicle—which limits the number of staff and more importantly, the donors, who can go along for a ride.

OK, let’s get back to today.  Is there anyone in the middle class, who is buying gas? It was up yet another 10 cents today. Which meant there was no where in NY state where you could buy gas for less than $4.05 (cash).  If the President really wants to prove that he’s concerned about the middle class, he will do whatever he can to send a signal to the oil companies to lower gas prices. When there are no problems in the world, (or not many problems. Or not devastating consequences to anything we do –like drinking too much milk, or wearing white after Labor Day), gas prices stay high but not obscene. Then, at the hint of problems in the Middle East, (every single country)—whether they are in oil producing counties or not—gas prices are off the charts. But when things settle down, gas prices don’t reflect the calm. They just keep escalating. So the ever important “middle class” often have to choose between food, medication and filling their cars with fuel. Powerful and wealthy people do not have to make those choices.  The President and Mitt Romney, have no idea how painful those choices can be.  Being out of touch is never a helpful decision making tool.

There is a terrific story about President Eisenhower, who, on inauguration day, when he was no longer President, and his Secret Service protection was gone, was told he had to drive his own vehicle out of the White House gates.  Remember, before he was elected, he was a General – always with someone to drive him.  He probably didn’t know he had his own vehicle, and he hadn’t had to drive in twenty years. In those days everyone could afford the cost of gas,  but General Eisenhower no longer remembered  how to drive.

When was the last time any President pulled into a gas station and asked them to “fill her up?” I’d guess it was most likely Jimmy Carter.  Now that Ex-Presidents have lifetime Secret Service protection, they never ever have to pull into a gas station and pump their own gas. What is the Administration thinking?   Clearly, not about a way to lower gas prices.  But moving along – OK, I can’t move along. For heaven sake, ask the middle class what they need to make their lives easier, and I bet one thing would be gas at under $3 a gallon. (It has more than doubled since 2008.) 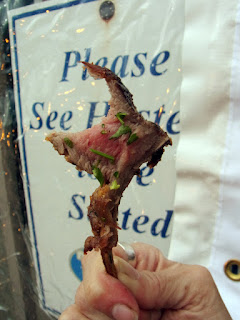