It was a real nice party. We had a real good time. Where to start? It was my .... high school reunion. Not important which one. The thing about a party where you get to see people you "used" to know, is that it doesn't matter how anyone looks. Everyone has changed. Of course they have. Everyone has had a life and it shows in their faces, in their health, and in their conversation. But that's not a bad thing. We all have a new appreciation for still being around. (I made it a point to hug everyone who managed to survive all those years.) We even had a spelling bee to see who could correctly spell B-o-o-n-t-o-n ... the cheerleaders mostly got it right, from years of those spelled out cheers... (remember there are two "N"s...) 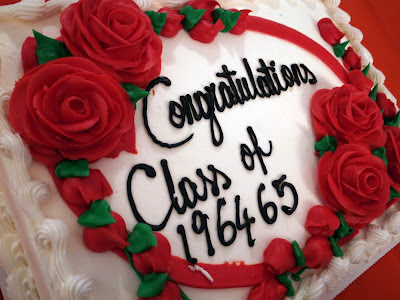 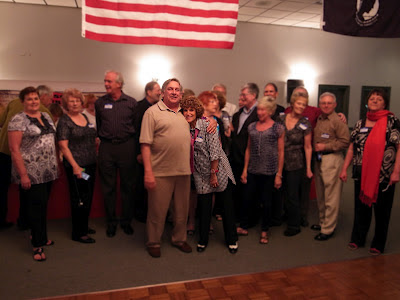 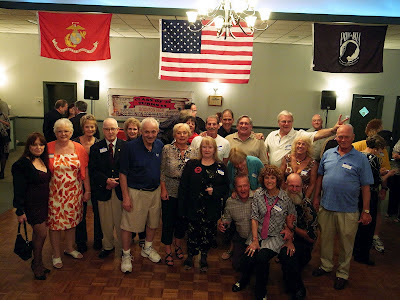 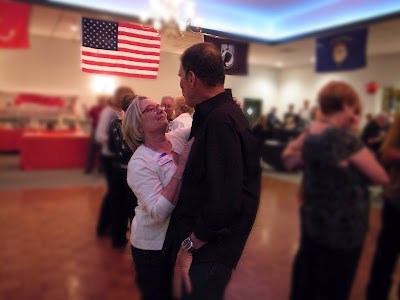 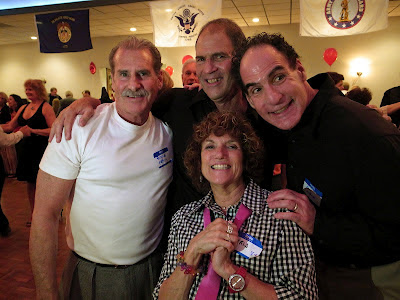 Unlike past years, this was a weekend affair. Meet and greet on Friday evening. Lunch at the Reservoir Tavern (still the best pizza in the entire world), Reunion party on Saturday, and brunch on Sunday. I was sorry we missed Friday and Sunday. Once you reconnect with people who you have known for a million years, you simply want more. There is a reason for this. No matter how old you get, these friends see you as if you were still a teenager. No baggage, They don't care who you are or what you've accomplished. There is some picture sharing, one classmate had her student ID, which Andy Hurwitz (who was at the reunion and had been the President of the student government), had signed to make it official. There were happy stories along with picture narration, sad stories about the loss of friends. Mostly people were just delighted to be together to laugh and eat and of course, to dance. I am happy to report that there was lots of dancing. And people who were not physically capable of doing the jitterbug, stood and moved to the beat of music well remembered. (Who could imagine that anyone would remember the words to 50 year old songs). ` There were highlights. David taking pictures of each class (there were four, 64’ – 67’), the John Hill elementary kids, The School Street School, The Opera Club (kidding), The “Aces”, and the Vietnam Vets, afterwhich they all sang something patriotic and actually included David who was in Vietnam, under the same circumstances but carried a camera instead of a gun. I think it was the first time any group included him as a Vet. Voices raised, flags waving, not a dry eye in the house. 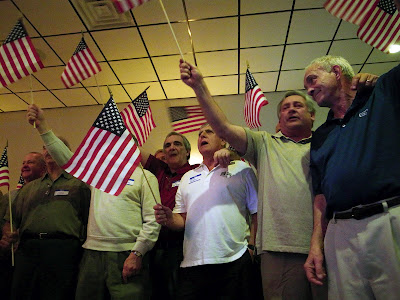 The other highlights. We learned that Roseanne Kelly did not die. She was happily very much there. 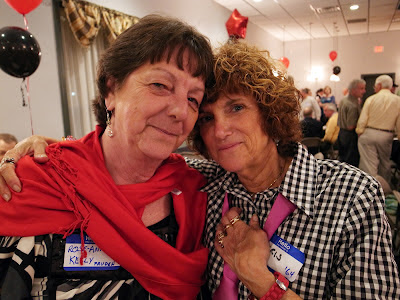 Jeff, Kenny, and Howie can still dance. Andy and Gary have not changed - just gotten taller. Ronnie and Joyce are still the funniest couple alive, and we are all still fun. All our teachers (Coach Moore was there and confirmed this), thought ‘64 was an extra special class. We all missed Mr. Mol, and Mr. Hino, and Mr. Kane, (who as Principal allowed us to schedule study hall on either side of lunch, so we could go to my house and watch soap operas (which was close as we got to an actual Opera club.) 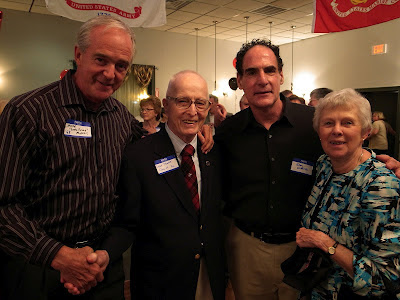 Little Fuzzy with Coach Moore (himself class of '42), Gary H., and Mrs. Moore (class of '44) The best part of the evening was reminicing about who we were, or at least who we thought we were. I think this will be my last reunion. I want to remember me as I was, and I don’t think that will be possible in five more years. But you never know. I’ll let the extraordinary photography speak for itself. All persons have remained anonymous – to protect them from reality. And don't forget "the ACES"..... 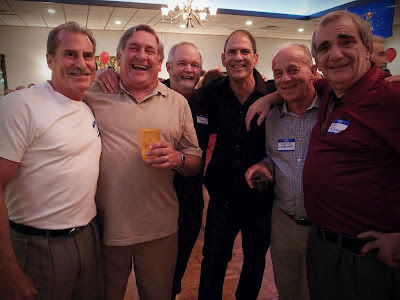 Sorry I missed it.
Reeder

Boonton! I haven't thought about that place in years. We lived in Montville many years ago. The longest year in my life. Seriously! I hate snow. But we had the best neighbors EVER. Even though they were mostly yankees. We lived across from Lake Valhalla. We called The Reservior, Reservior Dogs - for the movie. Liked your post, when you get old enough you can go back home.

So good to see Coach Moore and to read a homage that Bob Kane would love! Wish I could identify more people.
And to the skeptics, Reservoir Tavern Pizza IS the best ever!
I enjoyed your reunion blob, though still bummed that I was sent to Morris Catholic...
Mary Lou