Last night my brother called to say Richard Jones, our next door neighbor 55 years ago  sent him a picture of our old dog Frisky.  Wow. Frisky. When I got up this morning I couldn't wait to get to the computer. Frisky, oh Frisky, there were tears in my eyes. Ok we only had Frisky for maybe two weeks, but I loved him without conditions. But when I looked at the pic I thought, who was this cute black puppy who was clearly going to grow up to be a monster. Frisky was a collie. We got her from the Marazities who lived across the street from Aunt Fritzie. Actually, that may be how he got the name. We substituted Frisky for Fritzie.  Jeff texted me to  insist that the black dog was Frisky.  I called my cousin Stevie, who also got a puppy from that litter. He confirmed that we got collies and almost immediately gave them to Helen Costello, who was kind enough to take them and who knows where they went from there.  Stevie also shared that when Aunt Fritzie asked  my cousins Honey and Marty how big their Great Dane was going to be, they said, ‘not too big.’  This was clearly a lie, but they didn’t live in Boonton so they thought she would never see it.  There is no way she wasn’t going to visit Honey (who was, after all, her daughter) , who was pregnant. Imagine her surprise when she opened the door. 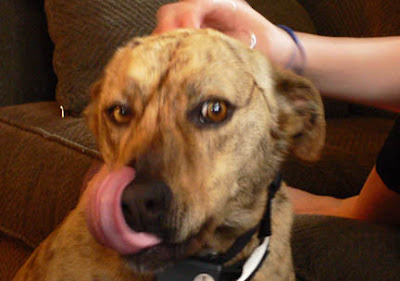 Neither my mother nor any of her seven sisters liked pets.  In fact, my mother never called Frisky a puppy or good boy, or sweetie.  She referred to them as animals who should get away from her. It was one sentence.  “That animal needs to get away from me.”  My dad was a little more tolerant, but he was always working in New York and the time he got home, Frisky was outside in his dog house.  We were lucky if they let the puppy in the house, which did not happen frequently.  My mother would say, “Jewish people weren’t good with animals,” and that was that.  Whenever there was something she didn’t want to do -m “Jewish people didn’t do it.”   He was better off with Helen Costello who was Catholic.

Frisky was not our only pet.  There is no way to answer the question, then why did she let us have a parakeet names Tweety. (Awwwww). Tweety was an average animal (my mother’s description), who played nicely in his little gage.  Jeff  and I were responsible for cleaning the bird cage and feeding our little Tweety.  It is unclear when it happened, but Tweety’s behavior  became erratic.  When a parakeet is unusually frantic, and won’t stop tweeting, you know there’s a problem.  So at least my mother thought there was a problem.  Off to the pet store with the bird to discover what the problem was.  Turns out, Tweety had a nervous breakdown.  Jeffrey insisted he did nothing but he was too young to remember exactly what he did with Tweety.  From that time and maybe until I went to college there were no pets allowed,  except fish which were still animals, but not intrusive.  Also they all looked alike and could easily be replaced with another identical fish.  But children know.

Speaking of parakeets, David’s cousin had a parakeet which, when let out of the cage, flew on it’s side.  Can you picture a side flying parakeet. Eventually it got confused enough to fly into a wall.  Who wouldn’t?  David’s pet history was much more reasonable.  His parents called his puppies by their actual names.  They had the usual problems, Poor Sweet Baby and Schuster - aka - the Black Dink, were a part of their family. They might not have been allowed in the children’s beds, but they weren’t relegated to the outdoors full time. 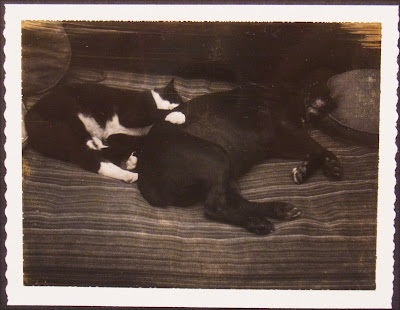 At the Burnetts: Billy Whiskers naps with Dagmar

Oh, eventually Honey’s Great Dane went to live with Frieda, (a very very close friend of my mom’s  (like a sister, but liked animals). Lillian, who lived with Aunt Frieda happily agreed to feed and walk Shreddney Vashti — the Great Dane.  Lillian was about 4’8”.  In reality, that meant that SV walked Lillian.  It was pretty colorful to watch, and we did.  Tina and I watched until we laughed so hard we cried  as SV dragged  Lil around the blocK.  You may know that Great Danes are not the healthiest of dogs. SV died young and Lil was heartbroken but they never got another animal. Jewish people just don’t do that. Tyrone - One of America's Great Puppies
My first puppy was a rescue dog, named Sherman, who used to sit under a desk and bite people who came to our house or got into our car — if he was already inside.  I couldn’t take him when I got divorced because I lived in a car. However, when I bought my house in DC there was an irresistible Soft coated Wheaten puppy who was irresistible and insisted I adopt him. Earnest La Lekish de Q, was a wonderful friend. Unfortunately, I was allergic to him so he went to live with a wonderful family in New Jersey.  Which brings us up to date until Tyrone.  Tyrone Baloney never leaves me alone. Ty is a mixed breed, part Bichon part Poodle. He is the best puppy you can imagine.   It was not my plan to buy a puppy when we were looking for the kind we wanted. But then the owner was carrying this little white frizz ball with two black eyes around the store, and that was it.  The Groman kids, me and Jeff,  love dogs. Jeff has had a number of mixed breed big dogs and I small shaggy friends.  It turns out that having a puppy is exactly what Jewish people do.  We’re just sayin’… Iris 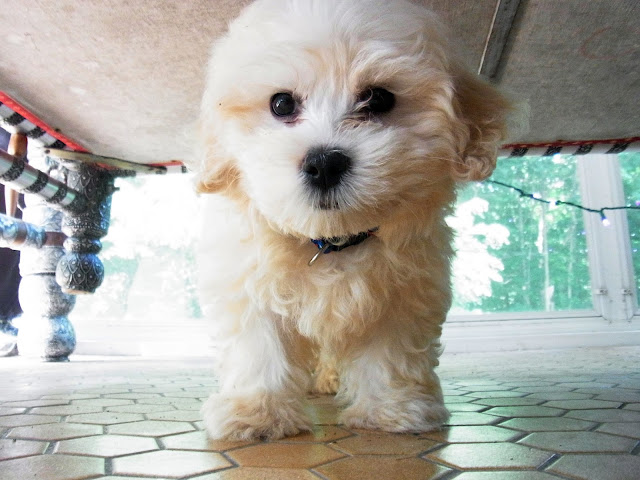 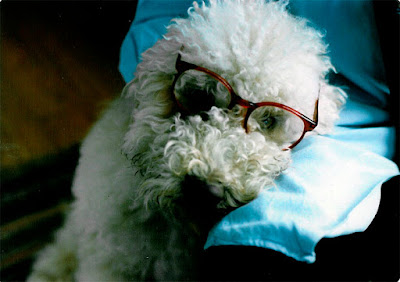